The lock down might have eased but we will not rest until the #COVID ends. Our…

The lock down might have eased but we will not rest until the #COVID ends.

Our teams are reaching out and distributing flyers to prevent corona virus to ensure that our communities are staying safe.

Read the fondest memories of Chairman of HDF Pakistan, Dr Khalid Riaz as he takes us back to his beautiful childhood memories with his mother.

Read more of our special blog on #MothersDay.

I spent the earliest days of my life living in a very small Dhok, Basira near a small village Mustafaabad in the Soon Valley. I was born there, at home, without any trained medical person in attendance or nearby. During the next five years we moved back and forth between army cantonements and Bas…
[ad_2]

We have reached our second phase of providing #rations, where we committed to pr…

We have reached our second phase of providing #rations, where we committed to provide 5000 underserved families of our communities with ration of 3 months.

On Coronavirus, Pakistan’s Government Is Missing in Action

We are grateful to Neha Maqsood, an amazing journalist and an alumni from Imperial College London for choosing HDF to write for her op-ed in Foreign Policy.

The Human Development Foundation Pakistan is one of the oldest nonprofit development organizations which has set out to support 5,000 impoverished families. So far, the organization has provided rations during the #COVID lock down to approximately 14,000 people.

On Coronavirus, Pakistan’s Government Is Missing in Action

As the pandemic threatens livelihoods, the country’s poor are relying almost exclusively on the charity of fellow citizens.
[ad_2] 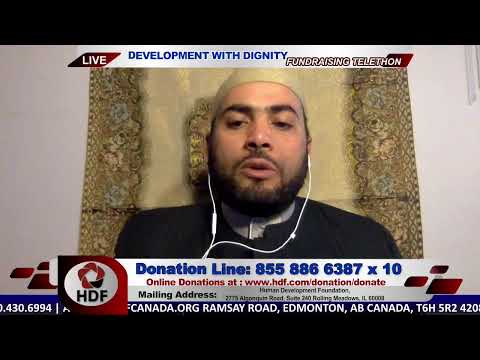 The founding members of Human Development Foundation came together for a special Mother’s Day Telethon on TV One USA to generate funds for helping vulnerable communities in Pakistan.

” ℎ , ℎ .” We wish a very happy mother’s day to all the wonderful mothers around the world. #mothersday 💕

28th of April is globally celebrated as the International Day for Health and Safety at work. Owing to the Covid-19 pandemic, its worldwide spread and a number of experiences shared by the entire global community regarding the occupational hazards of their jobs; it is essential for organizations to uphold the health and safety values propagated on this day. It also falls upon us, average men and women to observe these values as an integral part of our personal code of conduct. So no matter whether we are employers or employees, it becomes a matter of conscience for us to carry out our respective work keeping in view our own safety and the safety of those we work with.

For every profession has its own risks and health and safety requirements. Notwithstanding the policies made by our respective governments, and organisations, or implemented by the general principles of our chosen professions, most of the accidents caused by occupational hazards happen primarily due to a lapse in our own personal diligence in carrying out our professional duties. For instance, it has been repeatedly seen that the newly hired youth often disregards the prescribed safety precautions of their professions and eventually, suffer the consequences by sustaining an irrevocable damage to their physical or psychological well-being, sometimes even by losing their very lives. Reportedly, not so long ago, a young officer lost his life simply because he was too casual to adhere to the standard operating procedures issued by his organisation. Consequently, when a sentry halted him at night in a war zone for identification, he could not comply owing to his listening to music with sound cancelling ear plugs. And after a thrice repeated caution he was shot dead. Similarly, a journalist was diagnosed with an extreme case of insomnia because while working in Iraq she could not refrain herself as per the safety policy of journalism, and followed a terrorist into the woods who was facing a 6 or 7 years old girl. Though she captured a picture which earned her the annual reward, afterwards she could never come to terms sanely with idly standing by and watching the helpless child being murdered in cold blood.

There are countless other examples of people being forgetful of their organization’s safety precautions which ultimately causes disasters in their personal as well as professional lives. It should also be acknowledged that safety measures are not only to be taken with respect to tangible, visible threats. In fact high levels of stress caused by overwork has also been observed to have damaged an individual’s mental health to the point where in some cases it has proved to be fatally injurious.

So let us invest in our own works by abiding by the safety precautions of our respective professions. Let us not play around with our own lives and subsequently the lives of those who depend upon our earning.

Help us save lives